We've been doing a little landscaping this spring -- a little re-landscaping actually.  It's not the kind of project that thrills gardeners, but believe me, it's necessary.  We're turning garden beds into grass.  Just a few.  It  has something to do with a little girl who likes to run in the grass and her mother who would rather join in than pull weeds.  Priorities shift. 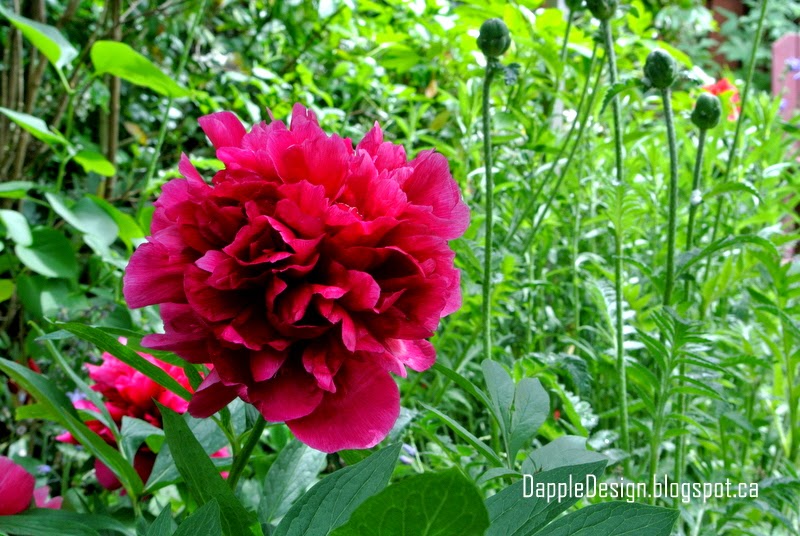 Deciding which garden to plow under took a little thought.  I found myself wandering around the yard, noticing my emotional responses to the different plantings.  The veggie beds fill me with pride.  The raspberry canes made my mouth water.  The hostas on the shady side of the patio have grown to the sound of ice clinking in iced tea glasses and the chatter of many gatherings. 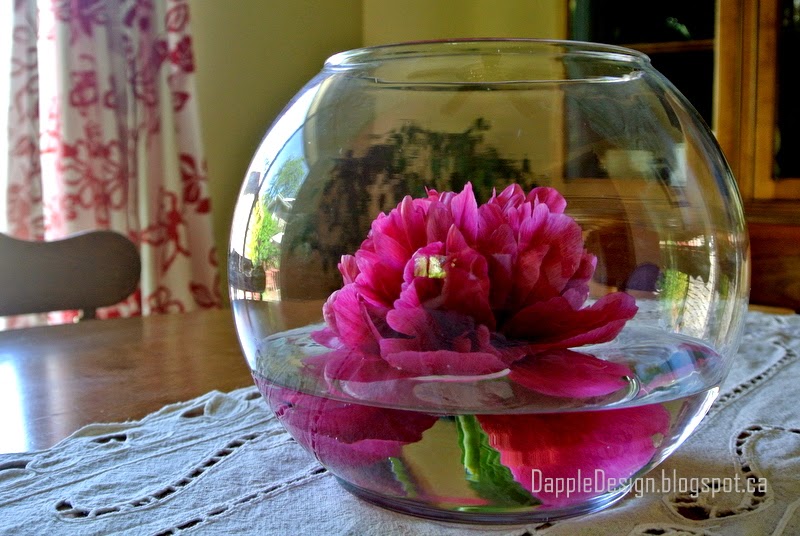 I stopped at the peonies.  The peonies that bloom deep and dark and lighten to pink.  The peonies that survived an ill-timed dividing off from my mother-in-law's plant and several ill-timed moves around the garden.  They're flourishing now, in the part shade of the apple tree, reminding me every spring of a baby shower two years ago. 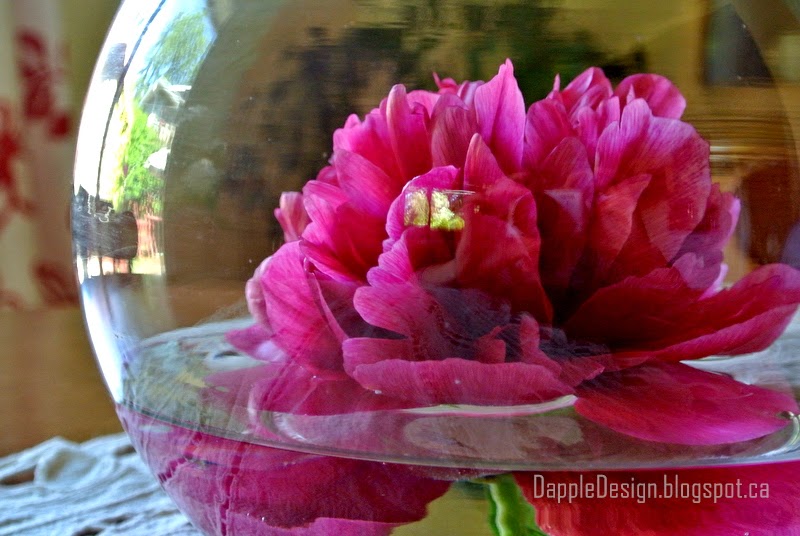 The hostesses went to great trouble over that one.  Food.  Decorations.  It was lovely.  But I don't remember much.  I walked in, an overwhelmed four-day-mother, and the room was filled with peonies.

Memory is a funny thing.  Has anything triggered yours lately?