When I first read this month's photography challenge, a couple of thoughts went through my head.  First, I smiled to think of my Little Miss this last fall desperately trying to shake off her shadow.  She doesn't like it one little bit and we are careful, on sunny afternoons, to point her into the light.  But I realized that the shadow hasn't given us trouble lately, so either that stage has passed or -- and here's my second thought -- our shadows haven't been around in a while.

Mysterious.  Ominous.  The case of the missing shadows.  But it's true.  Here on the Canadian west coast winter months are grey and drizzly.  We don't see the sun for weeks and months on end -- or does it only feel like weeks and months?  I started paying attention.  Mostly, it's pretty grey with the occasional, and very unpredictable, break of passing brightness.  Twice in the last month, we had a string of three or four sunny days. What a boon!  I'd like to tell you that I was out there with my camera, making the most of that sunshine, but I wasn't.  There was Christmas to prepare for.  The flu hit.  I went out without my camera.  You know, life.  But I did get out into the garden, camera in hand, for a few minutes last week before the sun set (so early).  So here are my offerings. 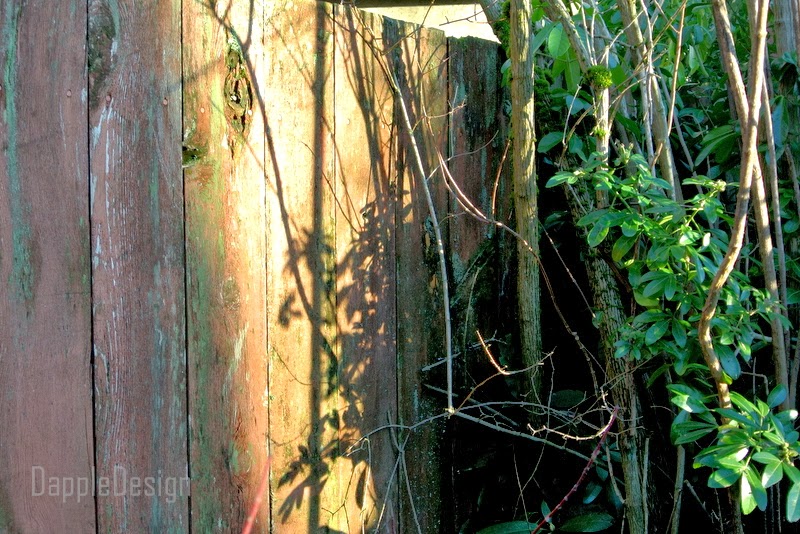 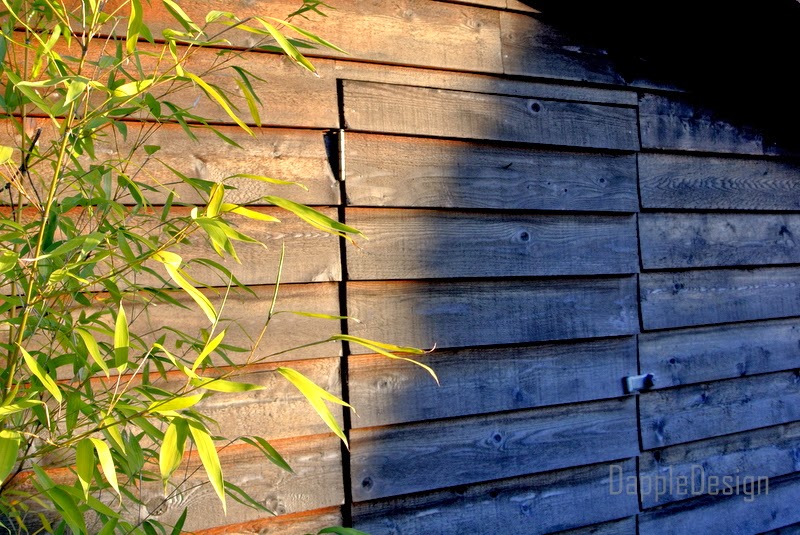 In these two shots the late afternoon sunshine projects images from the garden onto an old fence and casts a dramatic dichotomy of light and dark across a wooden shed.  I like the texture in both, though the shed is my favorite.  On this day I had literally minute to work before losing the light and didn't remember until it was too late that I wanted to play with the exposure settings on my camera.  This is a feature I learned about in Donna's recommended readings and wanted to try out.  *Sigh*  I settled for darkening the shadows and bringing up the highlights a little in Picasa.

Both of the above photos taken with my Nikon 1 J2, a 10-30mm lens and Shutter Priority setting. 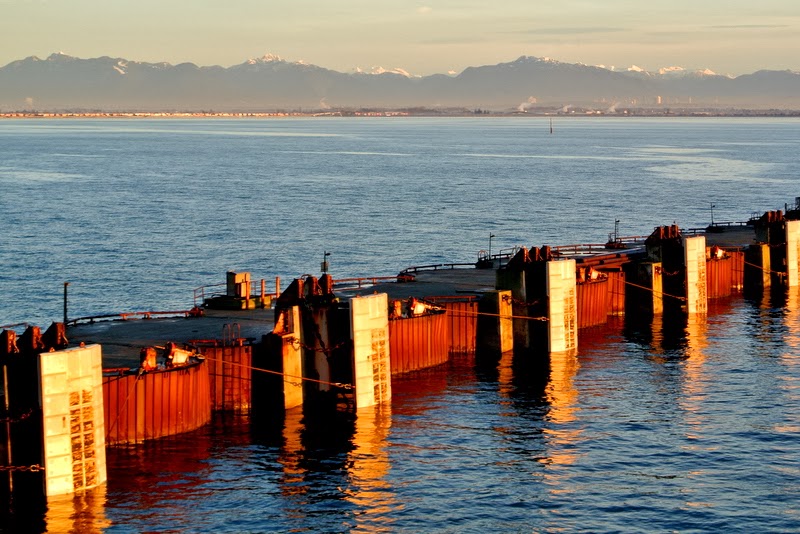 I wasn't sure about including this picture as reflections aren't quite the same as shadows, but I finally had opportunity to use that exposure setting.  Here I lowered the exposure a couple of notches and was pleased with the deeper, stronger colours of the pier.  There's so much to learn and I'm having such a wonderful time at it.  This was a good day for camera play and you can read more about it here if you like.

Thank you to Donna for tossing out these challenges and to all the other kind bloggers who visited me last time around.  I might be getting hooked.